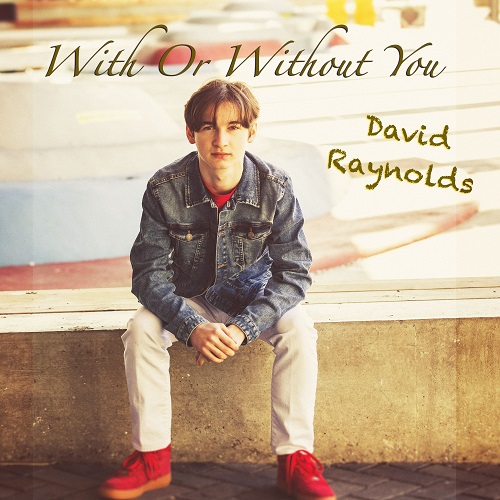 David Raynolds Top Version of U2’s “With Or Without You”!

Building a good Radio and Charting History, The Canadian young Independent music artist and Award-Winning actor David Raynolds appreciation continues more and more internationally. Many of his songs such as “This is The End” (Hollywood Music in Media Awards NOMINEE), “Nuclear, “Ionize”, “Generator”, “Over and Out” were rotated worldwide by many radio stations and DJs and were respectfully charted in The US National DRT and The Euro Indie Charts, as well as in many DJ pools and platforms including “Music Worx”, and still going stronger and stronger!

In the film and TV Series Industry, David worked with Helena Bonham Carter in “The Young and Prodigious T.S. Spivet”, “Falling Skies”(Fox), “Wayward Pines”(Fox), “Travelers”(Netflix), and “Legends of Tomorrow”(CW). The most recent project is Netflix’s The Babysitters Club. And as a highly sought-after voice actor, his talents have been featured in renowned series such as “Lego Ninjago”(CN) and “Ready! Jet Go”(PBS). A variety of high profile companies also utilized his skills in their advertisements.

In September 2020, he decided to do a top cover song! And because he’s a U2 fan who loves “With Or Without You”, and because his voice fits, he recorded a wonderful dance mix to that big hit that is officially released in the digital stores! David’s version is truly successful. He performed it very well and added an outstanding dance beat and beautiful melodies and harmonies that make you want to dance! The release is expected to be supported by top DJs and radio stations worldwide! Many Music Industry Professionals are expecting success for it. The track suits all ages and can be played everywhere. It’s really advised to support it.