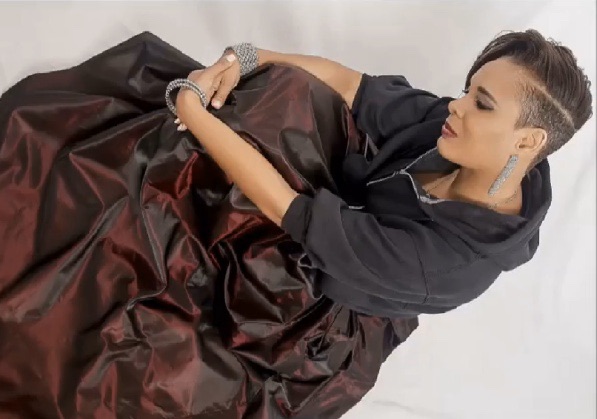 It’s no question why our next feature Gold selling Recording Artist “Ny’a” and Grammy Nominated “Kenny Black The Music Machine” are both our artist and producer of the month. Despite of Ny’a and Kenny Black The Music Machine long list of accomplishments such as: Mend by Ny’a featuring Kenny Black Hit #1 on the European Chart in 80 countries worldwide, #1 on the R&B Soul Top 20 Chart, and #1 on Spotify
The featured song for the Inside The Jersey Eugene Napoleon Documentary available on Amazon Prime. Fraud by Ny’a featuring Mysterious, Ny’a also stayed the #1 record for 18 Consecutive Weeks on The R&B Soul Charts Ny’a with Grammy nominated Producer Kenny Black The Music Machine has dominated the DRT National Airplay Top 50 R&B / Hip-hop Chart with legendary recording artist such as, Rihanna, Drake, Desiigner, and Beyonce, just to name a few! Also Ny’a, has currently won 9 major Music Awards over the past year, plus Kenny Black has made musical scores for “The World Cup, and The United Nations” in campaigns. Kenny Black has also worked with many artist from Rick Ross, P-Diddy, Total, Lyrics, Misty Blanco & so many more! Ny’a and Kenny Black are at it again with her new hit single “We Are Strong” that’s set to drop June 15, 2020. The single is encouraging with a strong message delivered across a nice groovy house production by Kenny Black; this song is deep yet fun reminding us of our strength as one. I really love this record I’m really truly impressed at the constant hits Ny’a and Kenny Black The Music Machine magical create together. I have been following their careers closely and I’m very impressed with every milestone of success they conquer. Every artist needs a great producer and every producer needs a great artist. Well, from following these two careers they are a match made in musical heaven especially with new hit song “We Are Strong”. Ny’a and KENNY Black The Music Machine have also been added to the roster of The Misty TV Firm Corporation for their publicity matters. Ny’a is managed by her husband the business guru, former professional athlete, best selling author and CEO of Nap Entertainment Eugene Napoleon; he’s also the manager of Kenny Black as well. “We are strong” is a must have on 6/15/20!!! Ny’a is also a college basketball coach, & Kenny Black helps in the ministry of his parents church with his wife and children.

Ny’a made her return to the music industry in 2015, on the Nap Vision Entertainment label, ready to make some more history, with production from Grammy Nominated producer, Kenny Black “The Music Machine”, “You Don’t Know” was released worldwide in August of 2016. After a few short weeks, Ny’a, found herself with yet another international hit single. “You Don’t Know” was #10 on the DRT National Airplay Top 50 R&B / Hip Hop Chart with other such artist as Rihanna, Drake, Desiigner, and Beyonce. The single also hit #3 on the Euro Charts, and World Music Stage Chart, which services over 50 countries worldwide. As if it couldn’t get any better, Ny’a, came back with another smash hit single, “MEND” featuring Kenny Black. “MEND” hit #1 on the European Chart in 60 countries, playing on over 1,200 radio stations internationally, and #1 on Spotify. The success of those singles made it possible for the release of her Grammy Considered album “Something for Everybody” on Monday, November 27, 2017 on Nap Vision Entertainment, L.L.C. In 2018 Ny’a released another chart topper “You don’t really love me”, which was #1 for five weeks on the R and B Soul Effect TV Charts. Shortly after in February 2019 “304” was released as the title track to “Inside the Jersey” Eugene Napoleon Recently Ny’a was notified from the President of R n B Soul Effect Tv that she is the recipient 0f six awards. Ny’a is currently featured on a track by Lyrics a hot independent rapper Lyric’s titled Only You..