“Living Better” is about changing the way of living and noticing the change of living in a positive direction and continue to detox from negative vibes.
Email to respond – younglarry62@gmail.com

Ever since he was a boy, $hin has been surrounded by music. His father, Lawrence Sr., was a co-owner and producer at a local studio which YL frequented as a child. He also grew up performing in front of family, friends, and strangers at talent shows and at home. He has been writing as long as he can remember and in the summer of 2008 a close friend gave him a mic and program to produce his own music. Since then his music has been one of his main priorities.

Some of his greatest accomplishments happened while he was in Salt Lake City, UT where he was invited by an artist friend by the name of A.G.E in 2015. While in SLC, YL stayed with A.G.E. for a month and engineered, produced, and performed with him. He also made music with local SLC artist Brixx. He was also introduced to Richard Agadjanian, the producer for his songs “Icon,” “The Highest” featuring Brixx, and “YLTheBeast.”

YL’s recent projects include his new song “Annie Marie” which is about his aunt who passed from cancer in 2013 and the struggles he faced when coping with the loss of her. He has also been working on his 2nd album TN2 (trendy nigga 2) and is constantly promoting it till it drops. One of the biggest things he has been working on has been contacting local artists to plan bigger and better shows for local Washington and Oregon artists.

Lately $hin has been working on his lyrics to not just rhyme better and flow better but also connect better with people who also feel the same emotions not just him but also sympathizing with others who have different struggles and situations.

Part 1 of kasukabe tape series will show more progression in his lyricism and storytelling. Beat selection and track list will be not just hip hop but also pop, RnB mixed with rap and new wave rap to show diversity in his style.

Melodies and vocals will be exercised in this tape, so the first kasukabe tape will be a experience where you get to meet $hin not just the recording artist but also going into his creative mind of lyrics and post production. he’ll be taking care of the mixing and post mixing as head engineer on this project

The second kasukabe tape won’t just show evolution but also patience with $hin. As a growing recording artist, $hin has been very impatient with a lot of his work. Some of his songs could have more mixing, time and effort into the song then others. But this tape won’t be about his past mistakes on music, more about $hin’s bright future at the top and where he came from. Of course with time who knows what the second tape of the series will look like only $hin will know. 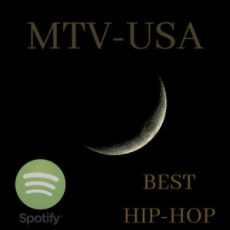